He came into her life like a whirlwind. Whooshing over to her at warp-factor 10… at the party.

He came into her life like a whirlwind. Whooshing over to her at warp-factor 10… at the party.    She’d seen him arrive, of course. It would have been hard not to, what with the Superman costume. And she just knew that he would make a bee-line for her: It was inevitable – she having come as Wonder Woman.

In the following ninety minutes, he monopolised her, wouldn’t leave her side, plied her with questions, wanted to know everything about her. Mesmerised her with his disarming smile. So it was hardly surprising that she was not at all put out by his attention, at least, she thought, he wasn’t one of these boring guys who did nothing but try to impress with endless stories of his own importance. She’d met enough of those.

He wanted to drive her home. She wanted him to drive her home, but she had her own car, and the thought of saying, ‘follow me and come in for coffee’ or something similar, was just too forward. She was a shy retiring sort of girl.

He wasn’t easily put off, but reluctantly accepted the consolation prize of a date. ‘Until Tomorrow.’ He said, lifting her left hand to his lips in an exaggerated gesture of chivalry. And then, at the car door, went on to embarrass her by flinging his cape on the ground for her to walk on. But once in her car, she smiled thinking back to the cape stunt. She liked him, and looked forward to the date.

They had arranged to meet at the Irish Bar on Pearl Street. It was eight. He wasn’t there. He had said half-past-seven, hadn’t he?    She waited. The Barman brought her another glass of the house white. There is no doubt about it, she thought, he’s a first class louse leaving me here waiting like this. She surreptitiously looked at her watch, to check the time. Eight fifteen. She searched in her bag, and took out the leaflet that had been handed to her out on the street. She wasn’t interested in ballet, but reading it right now helped avoid eye contact as a lone girl in a bar.

Quarter past eight, and still no sign. Superman was not a superman after all. She put the well read ballet leaflet down, gathered her bag and gloves, nodded in the direction of the barman, and left the bar.    Outside, it was beginning to rain.    She had only gone a yard, barely past the Bar entrance doors, when the woman with the brilliant turquoise eyes stopped her and asked if she knew where the ballet was being held. It was strange really, those eyes were almost hypnotic. Under normal circumstances she probably would have walked away from a stranger on the sidewalk, these days you couldn’t be too careful. But the eyes and the smile told her there was nothing to fear.

‘Do you know, I have just spent best part of an hour looking at a leaflet about that ballet, and I    couldn’t tell you! But I left it on the table in the bar… Hang on I’ll get it for you…’ She turned around and re-entered the bar.

It was quite a surprise to see him sitting where she had been sitting. In fact it was more than a surprise, she was staggered. Before she had a chance to even question how he got there, he was smiling that smile that had so beguiled her at the party. But she shook herself out of the trance and allowed her anger to spill out a little. ‘And what time do you call this?’ She said, hitching up her coat sleeve and pointing to her watch for effect.

He merely walked towards her and kissed her cheek.    She felt an electric shock zap across from his lips, and immediately became somewhat confused.    ‘Err… what was I just saying?’ She heard herself ask.

‘You were just saying you were sorry for being late…’ He answered.

He took her hand and seated her at the table. ‘What would you like to drink?’

He walked towards the bar and winked at the woman squinting through the glass at the entrance. She winked back, and disappeared into the rain.

He returned to the table, glasses in either hand.

He could have continued with the ploy, and said to her, ‘So, then, what held you up… not that I mind?’    Instead, he just sat down again, and slid her glass of white wine across the table from his side to hers, and gave her that smile again.

He felt quite bad about the deceit, but it was necessary to follow orders, and orders were to get to know her and change her plans. It wasn’t often that he was given an assignments such as this, but when he was, he had a pang of  conscience about it. She seemed such a nice girl, and he felt a little ashamed at not being strictly honest with her. But, on the Earth this kind of ‘white lie’ was quite acceptable – when it was strictly for good and wouldn’t harm anyone – so perhaps he shouldn’t feel so bad. This double standard took a bit of getting used to for someone like him.

When he had been told about the assignment, they had assured him that everything would be ready for him to get the Irish Bar by half-past seven. In the event, the calculations were out  for some reason or other. It would have been more complicated to try and apologise to her for his lateness, besides, she might either have left before he got there – and then he would have had to organise another ‘chance’ meeting – or she might have been so annoyed she might have refused to have anything more to do with him – until he could have arranged an opportunity to change her mind, and by that time she might very well have moved. It was therefore logical to make her think that she was late, wasn’t it?

‘Do you  know,’ she said, ‘I really feel quite… weird. I have the strangest feeling that something quite strange has happened to me tonight.’

‘I dunno… I just can’t put my finger on it. I was trying to, while you were at the bar… It is just a very strange feeling.’

‘Well, never mind. You’re here now… What shall we do?    Would you    like to go somewhere nice for a meal?’

‘Yes, I would. Had you anything or anywhere in mind?’

‘No. Not at all… Do you like Italian… Spanish… Mexican?’

‘I like hotdogs..’ She offered, feeling somewhat guilty about being late for the date, and thinking this would make it easy both on finding a stall, and on his pocket. 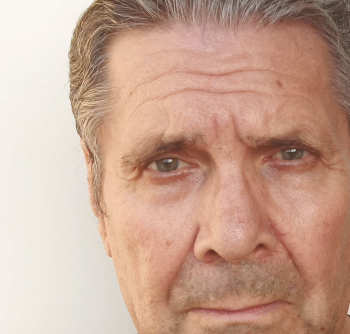 5 thoughts on “Superman And Wonder Woman”