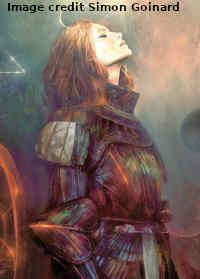 I was knighted and became a dame
before I was
a daughter,
a sister,
a warrior born from the ashes of my ancestors,
my first battlecries an unspoken oath
to bear the brunt of the sword and prophecy
the day I was born, those above chanted my name

I sparred with kings and traveled to faraway lands
plagued by war, the fall of my comrades
my blood was a river growing as each wound scabbed over
I learned to cover my eyes with a helmet,
so it would become honorable murder

arrows rained from the skies–punctured what was left
I was knighted before I was your lover
all that remains is an entombed legacy of empires fallen at my feet,
playing by the rules of the rulers I served

we were drunk on stars and in a grove of stilted peace
the kiss broke us into pieces
you parried with words and I struck with thickened armor
when the moon rose, I was alone

And sometimes, I wonder if this armor I wear
and the crest that it bears,
was what I wanted after all 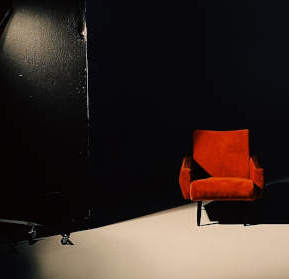 SPOTLIGHT is a special feature on Parapraxis where emphasis is given by the editor to written work that may be by authors not regularly featured on this site.