When Duncan cut a seal with his knife

out sprang a girl that he took for a wife,

and though they lived he thought happily

he often caught her looking – out to sea.

Time passed and she was with his child,

so, he kept her secure under lock and key

less she returned back again to the wild,

but still she kept on looking – out to sea.

When her time came she was not to be found,

for she had heard the seal-people calling.

He followed her footprints down to the sound,

where he stood searching – far out to sea.

There he saw a group of seals gathered

around a young female with her pup,

who before leaving turned to look

back at him – fully in his face.

Long after he wandered his lonely shore,

the memory of her his only grace,

while his pride kept him –  in that place.

his gaze went out to where he thought

she had returned coming – back to him;

so, he stripped – and set out to swim. 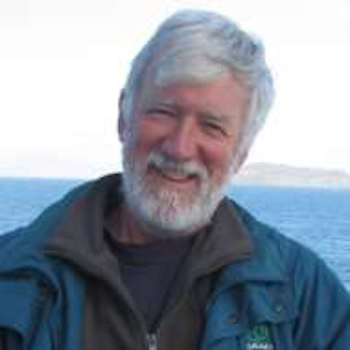 I’m now retired having previously worked in local government . With my wife (and Springer Spaniel) we live in a village between Cambridge and St Ives. Apart from writing I enjoy cooking, reading, walking, and DIY. My writing is influenced by my travels and life abroad, and my involvement in different religions – Christian and Buddhist, plus an interest in history and current affairs. My poetry and prose reflects my interests and life experience and is still in the process of developing into what I hope may be of interest to the reader.